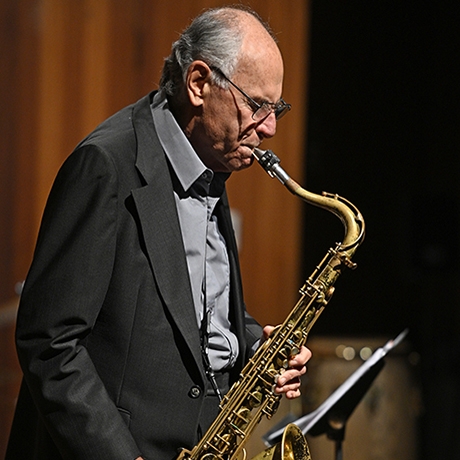 A native of Berkeley, California, Bennett Friedman has been performing, writing and teaching music in the San Francisco Bay Area since the early 1960’s. He attended Berkeley High School, Berklee College of Music in Boston, and San Francisco State University, where he received a Master’s degree in Music (performance) in 1971. Bennett served three years in Washington, D.C. with the United States Army Band.

In the 1970’s and 80’s Bennett worked in horn sections backing such artists as Frank Sinatra, Ella Fitzgerald, Sarah Vaughan, Sammy Davis Jr., Lou Rawls, The Temptations, and Michael Jackson among others. Bennett has performed with the San Francisco Symphony, the California Symphony, and the San Francisco Ballet Orchestra.

Compositions and arrangements for jazz ensemble by Bennett Friedman are published by University of Northern Colorado Press. He is the recipient of a National Endowment for the Arts grant for jazz composition and has had works commissioned by the International Association of Jazz Educators and many colleges.

Some of Bennett’s recent performances have been at the Monterey jazz Festival, Kuumbwa Jazz Center in Santa Cruz, and at the Stanford Jazz Workshop.

Friedman’s teaching career began when he directed the jazz ensembles at San Francisco State University for eight years. Since 1977 he has been the full-time Jazz Studies instructor at Santa Rosa Junior College.