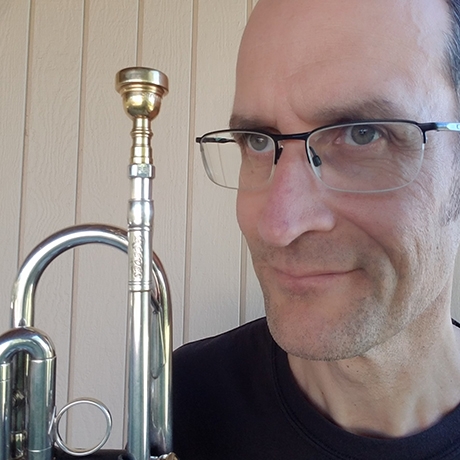 Pete Estabrook holds a Bachelor of Music Degree in Professional Music from Berklee College and a Master of Fine Arts Degree in Jazz Studies from California Institute of the Arts as well as an AmSat Approved Teaching Certificate from the Northern California Center for the Alexander Technique.

In addition to teaching privately since 1983, he has taught Jazz courses, Applied Trumpet, and Music Fundamentals at Santa Rosa Junior College since 1996 and has served on the faculty at Sonoma State, Pacific Union College, and Napa Valley College. Pete has 7 album credits (to date) with Bay Area Artists in the Jazz, Pop, Folk, and Ethnic genres. His transcriptions of Miles Davis' solos have also been included with the 2006 and 2009 Concord Music Group re-releases of the classic Prestige Sessions, and his transcriptions of Ellington's Queen's Suite were performed by the Danish National Radio Orchestra in 1991.