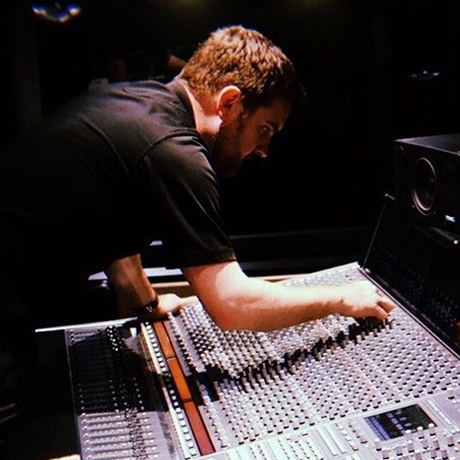 Music producer, recording engineer, and musician Jake Stillman has worked in audio since 2009. While working on his dual Bachelor’s degree at SFSU in American Indian Studies, and Broadcast and Electronic Communication Arts with a Minor in Criminal Justice, he worked as an ethnographer in the non-profit sector. This involved several projects focusing on language saving and cultural revitalization for Native Californians, including the creation of a soundscape for a permanent exhibit on Alcatraz Island commemorating the occupation led by indigenous groups in the 70s. He graduated in 2011 and was awarded top honors for his work with indigenous communities by receiving the American Indian Studies Hood.

Following graduation he began working in live sound for production companies and venues like The Great American Music Hall, Slim’s, and Public Works. While transitioning into his eventual career in music recording, he engineered for recording studios, producers, and independent record labels. This eventually led to the start of Stillman Sound, a project focusing on mixing and mastering for music, as well as the position of Lead Engineer at House of Rock in Santa Rosa, a commercial recording studio and music venue specializing in recording rock music.

As he became more involved in the music industry he began helping artists independently release their music. Seeing potential for empowering artists within the North Bay music scene to achieve greater success he went back to SFSU and graduated with a Master’s in 2019 where he received the Michelle Wolf Graduate Teaching Award and The Stuart Hyde Award: Writing About the Media for his research into audio production pedagogy and music business. Later that year he formally launched the record label Wilson Street Records to help artists in the North Bay successfully produce and market their music.